On the 25th December 1969, the mechanical watch became obsolete. A fierce head-to-head battle between the Swiss and Japanese watch industries had been won and Seiko launched their first commercial quartz wrist watch. From this point on nothing would match quartz for accuracy, simplicity, reliability and eventually affordability.

Nearly 50 years on and that obsolete technology is in remarkably rude health. Quartz democratised watches, allowing anyone to have the correct time anywhere at any price. But when the time came to differentiate your status by your choice of wristwear, a little more handcraft and artistry was needed and so mechanical watchmaking came back in a big way; so much so that the collectors' market is almost entirely based on mechanical models. It is ironic that the drive to perfect the timekeeper by making it more accurate and more accessible has led to its relegation to a secondary category, while the older, less accurate and more expensive technology is perceived to have higher value. 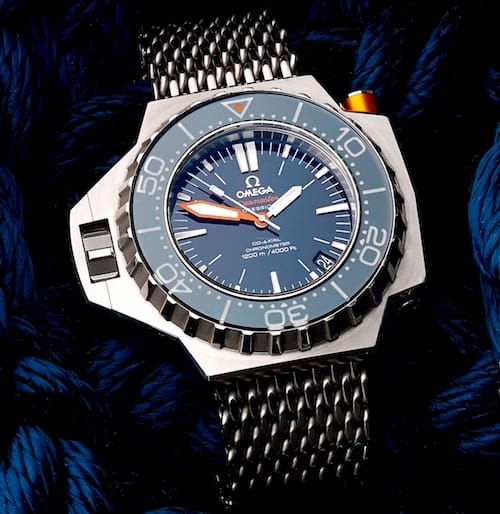 "...Quartz democratised watches, allowing anyone to have the correct time. But when the time came to differentiate your status, a little more handcraft and artistry was needed and so mechanical watchmaking came back in a big way..."

When it comes to watch design, things seem equally contrary. The 1970’s battle with quartz seemed to exhort the most futuristic fantasies from brand designers. Some, like the Audermars Piguet Royal Oak, became enduring classics whereas others like the Omega Genève Widescreen certainly did not. But on the whole, there seemed to be an embrace of the future and of what that might mean. Partly this was to compete with quartz designs, especially the digital ones which, at the time, seemed to be exactly what the future was all about.

With a few notable exceptions, a cursory glance at the new watch launches of the last few years would make you think you had stepped back in time. Marketing materials announce that XXXX brand has raided their archives, put on a sapphire crystal, added a date and, bingo, they have a new design to sell with an appropriately massaged back-story. 2017 Baselworld saw reissues from Seiko, Longines, Hamilton and TAG Heuer amongst many others. Even Omega and Rolex, companies whose core range doesn’t need to be reissued because it has never gone out of production, got in on the act. Rolex revived the Sea-Dweller (discontinued in 2009, brought back in tweaked form in 2014) and added the red dial printing much sought-after on the early models, while Omega offered an external 1:1 recreation of their 1957 Speedmaster, Seamaster and Railmaster. 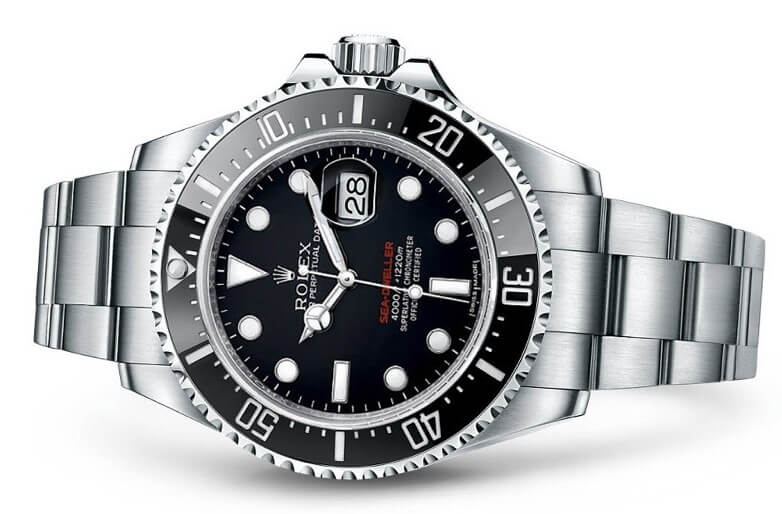 "...Rolex revived the Sea-Dweller (discontinued in 2009, brought back in tweaked form in 2014) and added the red dial printing much sought-after on the early models..." 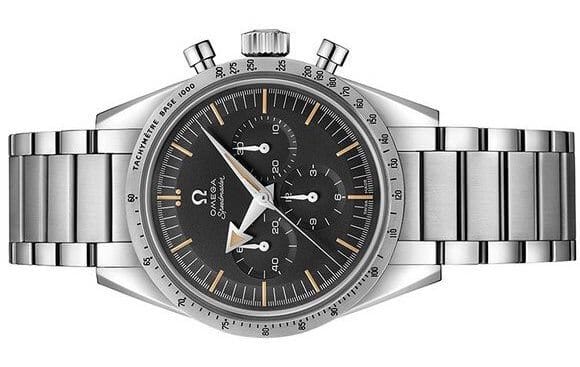 "...while Omega offered an external 1:1 recreation of their 1957 Speedmaster, Seamaster and Railmaster..."

TAG Heuer are an illuminating example of the power of a back catalogue. When TAG bought Heuer back in 1982 they instigated a design philosophy that epitomized the modern sports watch. Based on six key features shared by all the collections, all TAG Heuer watches had sapphire crystals, screw-down crowns, double safety bracelet clasps, uni-directional bezels, luminous markers and were water resistant to 200m. This emphasis on the commercial aspect of the brand created a successful but bland offering.

When TAG Heuer was being prepared for stock market flotation there were concerns that the brand might be seen as little more than a marketing exercise, having no actual movement-making taking place. The focus on modern watches had excluded any mention of the brand’s rich heritage and the romance it created. To combat this, in 1995/6 the company decided to relaunch the Carrera 2447 and at the same time commissioned a book ‘Mastering Time’ exploring the history of the brand. 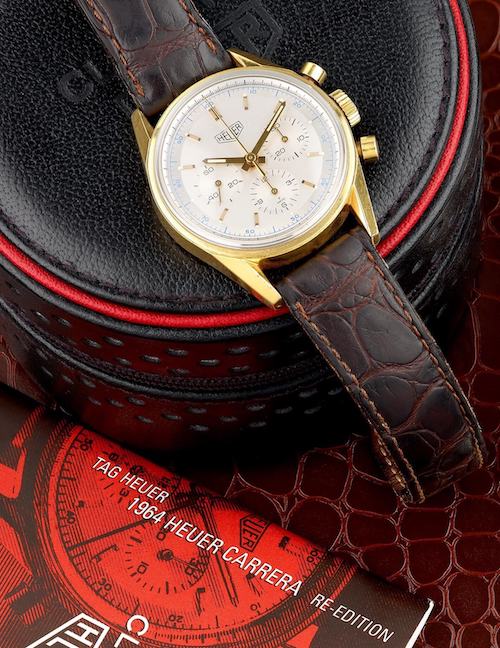 "...When TAG Heuer was being prepared for stock market flotation there were concerns about the heritage of the brand. To combat this, in 1995/6 the company decided to relaunch the Carrera 2447 and at the same time commissioned a book ‘Mastering Time’ exploring the history of the brand...."

The reissue was a great success and paved the way for recreations of the Monaco, Monza, Autavia, Silverstone and in 2017, an earlier iteration of the Autavia. Whether a faithful reproduction or a fanciful reimagining, Heuer’s history informs a large proportion of the brand’s modern output.

So why are brands so backward looking when it comes to design inspiration? I would suggest that there are two main reasons. The first is legitimacy; in a world where the correct time is readily available on everything from our phone to our microwave oven, the wristwatch is largely unnecessary as anything except an expression of personal style. The reissued designs hark back to an era when watches were necessary tools that allowed men and women to accomplish exciting, and even groundbreaking things. This is borne out by the fact that ‘tool’ watches, especially divers or chronographs are the most likely candidate for resurrection, even if their defining features are unlikely ever to be used. Another part of the legitimacy argument is a demonstration of expertise, along the lines of ‘if you have been doing this for a long time and are still in business, you must be good at it’. 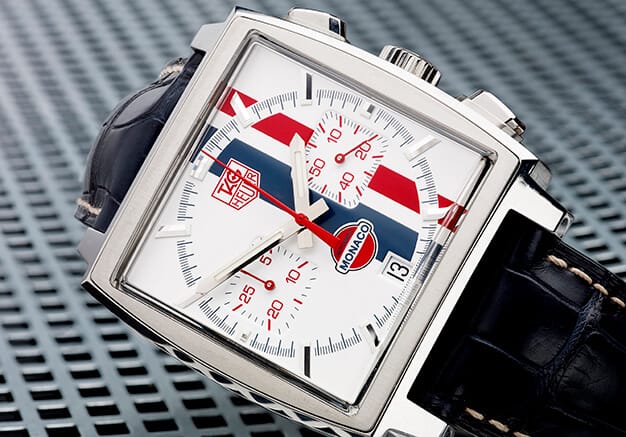 "...the TAG Heuer Carrera reissue was a great success, and paved the way for recreations of the Monaco..."

The second influence is the rise of the vintage collector’s market. The last few years has seen an explosion of interest in this field, whether it be auction prices, the number of vintage watch dealers or simply the level of discussion on web forums and social media. This passion for the history and development of watches draws money away from the purchase of new pieces, so it is not surprising that the same designs should be recreated to tempt collectors back again. While the reissues are not rare or beautifully preserved, they are readily available and more robust than their predecessors. Or course, reissues are not really pitched at true vintage collectors, but when headlines are being made in the press by record auction prices, watch buyers believe that retro is cool and want a piece of it, along with the comfort of a manufacturer warranty.

As the vintage area of the market continues to grow, both in size and knowledge, it seems inevitable that the watch industry will respond with ever more ‘greatest hits’. 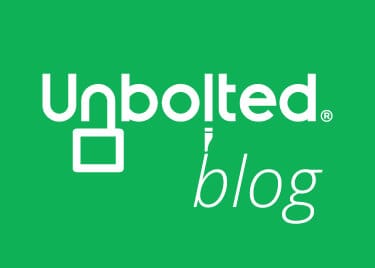 Learn how Unbolted can help you finance that next acquisition 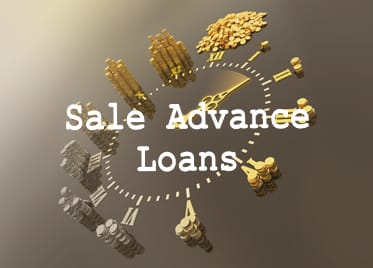 Borrow up to 70% of the auction reserve of your luxury watch! No obligations or commissions.