The 6th April is at last upon us, and the much-anticipated Innovative Finance ISA (IFISA), which will allow savers to earn interest tax free by investing in peer-to-peer (P2P) lender platforms, has officially launched.

IFISA website director Richard Harwood said that P2P lenders in the UK’s alternative finance sector had so far contributed over £5 billion in funding to smaller companies – companies that would otherwise have faced an uphill struggle to secure similar levels of borrowing from the high street banks.

He added: “If investors opt to lend to these businesses through the new ISA, this figure will rise significantly and the impact on British business – in particular SME growth – could be monumental.”

Despite the huge potential of the IFISA, savers wanting to boost their returns have been beset by delays. While 6th April is the official launch date, it has simultaneously emerged that the UK’s P2P regulator, the Financial Conduct Authority FCA), has so far managed to fully approve only eight little-known P2P platforms, leaving the biggest players still awaiting authorisation. For its part, the FCA maintains that authorised firms must meet rigorous standards.

One P2P platform has taken a unique approach to minimising borrower and investor risk, however. Unbolted offers only secured asset loans – borrowers are loaned to when they have placed a high-value possession owned by them under the platform’s control for the duration of the loan. The asset is collateralised as security for the loan, and should the worse happen, it will be sold at auction to recover any outstanding debt. 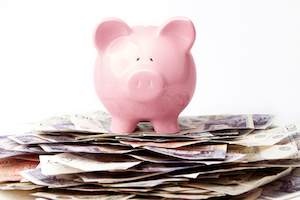 From 6th April, savers have a new account to contemplate: the Innovative Finance ISA (IFISA). Stocks and shares ISAs and cash ISAs have been around for a few years now. They’re effectively savings accounts with protective wrappers that allow peo...

A leading alternative finance expert has written an open letter to the erstwhile chair of the Financial Services Authority Adair Turner taking issue with his sweeping criticisms of the UK’s peer-to-peer (P2P) lender platforms and highlighting why ...